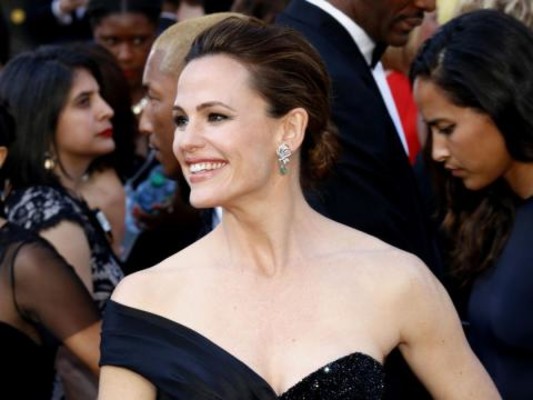 Based on the bestselling children's books, the Netflix Family show looks charming beyond belief.
By Maressa Brown

Fans of the adorable Llama Llama books by author and illustrator Anna Dewdney, it's time to rejoice! Netflix Family has announced that an animated new show based on the beloved series will begin streaming on January 26. That alone is exciting, but wait, it gets even better: A celeb mom we can't help but adore is the voice behind Mama Llama ... Jennifer Garner!

According to a Deadline.com, "The show tells heart-warming tales about childhood moments and adventures, as well as the special connections between lead character Llama, his family and best friends. Llama and his mother, in particular, share a warm and loving bond — she is his rock and safe haven as her son experiences growing up." Check out the trailer that went live this week, and just try not to be over-the-moon psyched to put this sweet new show on for your L.O.s.