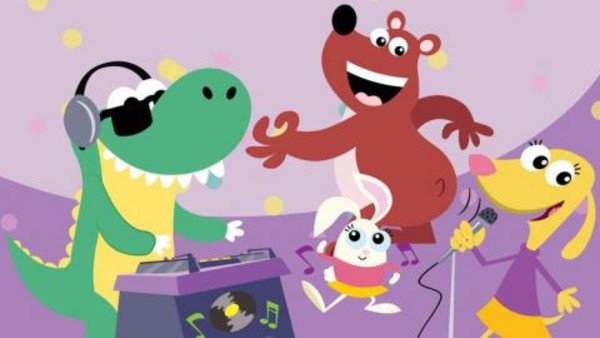 As streaming competition heats up over the coveted kids’ demographic, Amazon Channels is teaming up with a prominent maker of animated entertainment to launch a new channel that will target youngsters ranging in age from toddlers to tweens.

Amazon on Thursday will debut Kid Genius Cartoons Plus as part of Amazon Channels, the suite of add-on channels available to subscribers of Amazon Prime. The channel will cost $3.99 per month on top of the usual Prime membership, which costs $99 a year.

The channel comes from the Beverly Hills-based Genius Brands International, which owns the popular “Baby Genius” brand and creates a wide range of programming with educational themes.

It marks the latest effort by Amazon to bolster its block of kids shows, which include programs from PBS Kids. The battle for dominance in the streaming market for kids entertainment escalated last month with the announcement that Walt Disney Co. would launch its own streaming service in 2019, a decision that will end its distribution pact with Netflix, which also has been expanding its offering of children’s shows.

“We are excited to announce this new deal with Genius Brands International,” Brad Beale, vice president of worldwide television acquisition for Amazon, said in a statement. “We’re committed to making Prime Video the best destination for kids and family programming that will both educate and entertain.”

Among the shows that will be available on the on-demand service will be titles from the company’s catalog, including “Baby Genius,” “Thomas Edison’s Secret Lab” and “Warren Buffett’s Secret Millionaires Club.”

Genius chose to partner with Amazon because of the company’s ubiquity and the size of its streaming audience, said Genius Chairman and CEO Andy Heyward.

“This is very specifically content with a purpose that has enrichment to it,” Heyward said in an interview. “Everything we do is something you’ll get something from.”

Buffett himself has given his stamp of approval to the new channel.

“I am thrilled ‘Secret Millionaires Club’ is available on Amazon Channels, allowing kids, along with their parents, to learn valuable lessons about finance and business to inspire them to be the best they can be,” the billionaire investor said in a statement.

Genius Brands shows can currently be seen on a wide range of channels and platforms, including PBS, Netflix and Nickelodeon.