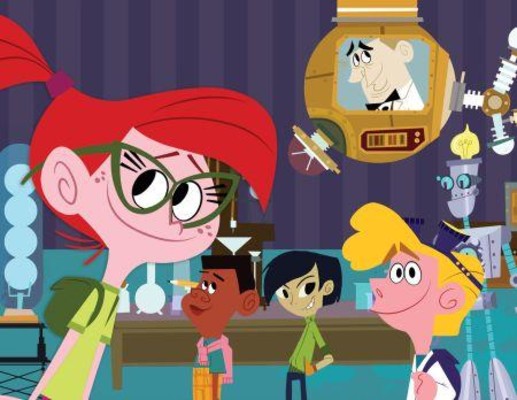 "We're thrilled to partner with Southwest to bring three of our most popular kids series to their customers," said Stone Newman, President of Global Consumer Products, Worldwide Content Sales & Marketing at Genius Brands. "Finding new distribution channels to engage consumers regardless of where they may be is just as critical as developing quality content, and this partnership represents an exciting new channel for us."

Genius Brands is known for creating content with a purpose, and SpacePOP, Thomas Edison's Secret Lab and Baby Genius are all designed to provide positive messages for young viewers, infant through tween. For Southwest, the deal presents an opportunity to expand upon its kid-friendly entertainment choices and set itself apart from other airlines as families across the country go wheels up for summer travel.

"We always aim to provide an exceptional Customer Experience for our passengers of all ages, and expanding our kids' entertainment offerings reflects that commitment," said Tara Bamburg, Associate Manager of Inflight Entertainment, Southwest Airlines. "We look forward to bringing Genius Brands' family-friendly programming to WiFi-equipped flights across the country."

SpacePOP is comprised of over 100 serialized adventures featuring original music woven into a narrative that follows five teenage princesses who disguise themselves as musicians and form a band while they secretly plot to vanquish an evil Empress who is seeking to enslave the galaxy. SpacePOP offers a colorful blend of music, fashion, beauty, friendship and intergalactic adventures resulting in an engaging lifestyle and entertainment brand.

Premiering in June 2016 on YouTube Genius Brands, SpacePOP has garnered, to date, over 15 million channel views, 50,000+ subscribers and approximately 300,000 hours of viewed programming. Following the digital content launch, Genius Brands debuted a merchandise program in the U.S. with approximately 20 manufacturing partners who collectively developed over 100 products across multiple categories at mass retailers nationwide, including Toys"R"Us, Claire's and Kohl's. Genius Brands also expanded the reach of the SpacePOP series via digital platforms, including Toon Goggles, PopJam, BatteryPOP and the Kid Genius Cartoon Channel on Comcast, as well as on OTT platforms, such as Amazon, Apple, Roku, and Google, bringing the combined audience reach to nearly 50 million U.S. households. Additionally, nearly 75 million impressions were achieved through strategic partnerships with Six Flags Theme Parks, Dippin' Dots, Chuck E. Cheese, Girls' World and Storybird, as well as through a robust influencer campaign.

Genius Brands' original children's animated adventure series, Thomas Edison's Secret Lab, is filled with fun, comedy, exploration and adventure to show kids how fun science can be, encouraging them to explore the limits of their imaginations. The series follows Angie, a 12-year-old prodigy and her young science club who accidentally discover Thomas Edison's Secret Lab -- a 'tricked out' dream lab equipped with gizmos and gadgets, including two of Edison's very last inventions: a hologram that brings Mr. Edison himself "to life," and a virtual reality machine that lets them go anywhere. It even has a wacky (and slightly nervous) robot called Von Bolt, who becomes part of every adventure. In each of the episodes, Edison encourages and inspires the kids through a variety of scientific and technological explorations and lots of other fun, wacky, wild and engaging topics, School House Rock style music videos and more, showing kids just how much fun science can be.

Genius Brands will be launching the animated series (52 x 11) on YouTube this summer and a direct-to-retail program with a specialty retailer is set to debut in more than 1,000 stores nationwide this fall with product in categories, including, science activity kits and compounds.

In 2015, Genius Brands launched new music videos and a broad new line of products on Amazon, developed in consultation with early childhood development expert Stanford University Professor Emeritus Don Roberts. Baby Genius is the only toddler brand to align with and encourage a child's natural development.

Baby Genius continues to be the #1 video on demand property on Comcast's Baby Boost Channel and is also available on Genius Brands Kid Genius Cartoon Channel on Comcast's Xfinity on Demand platform, reaching 48 million U.S. households, as well as via Apple TV, Samsung and Roku.