Elise Allen, Co-Creator, Executive Producer and Editor of Rainbow Rangers, shares our inspiration behind creating such an impactful episode, written to help children better understand the pandemic and what they can do to keep their community safe.

Children are smart, and today more than ever they have a greater sense of the world outside their window. When the Covid-19 pandemic began, it quickly bloomed into a problem that affected everyone, even the youngest among us. At a time when even adults had questions about the illness and how to protect themselves, kids were hurled into a whirlwind of changes they had no way to clearly understand. Their routines were upended, their schools were closed, and the sense of heightened uncertainty and fear in the world permeated households worldwide. In the middle of this, the team at Rainbow Rangers knew we had a unique and important opportunity: to present the pandemic in a way that was calm, clear, and kid-friendly. We teamed up with Golden Globe Nominee Pierce Brosnan, who was equally passionate about helping kids understand the pandemic, and created “Bunny-20,” a Covid-19 analogue that only affected rabbits. In the two part episode by the same name, we brought in scientist guest-characters (one played by Brosnan) to explain how such an illness could spread. When the Rainbow Rangers flew in to save the day, they didn’t do so with their usual superpowers, but by listening to the scientists and following their advice. The Rangers then taught the bunnies to wash their hands for the correct amount of time (and provided a song to help them), to stay “six hops” away from one another, and to wear masks. The Bunny-20 episode not only entertained kids with Rainbow Rangers’ usual comedy and adventure, but also turned the pandemic from something unknown, intimidating, and nebulous into something easily understood and controllable. The show gave kids the tools they needed to combat fear; it instead empowered kids to help themselves and others by taking the same simple, active steps that kept the bunnies safe while they waited for a cure. 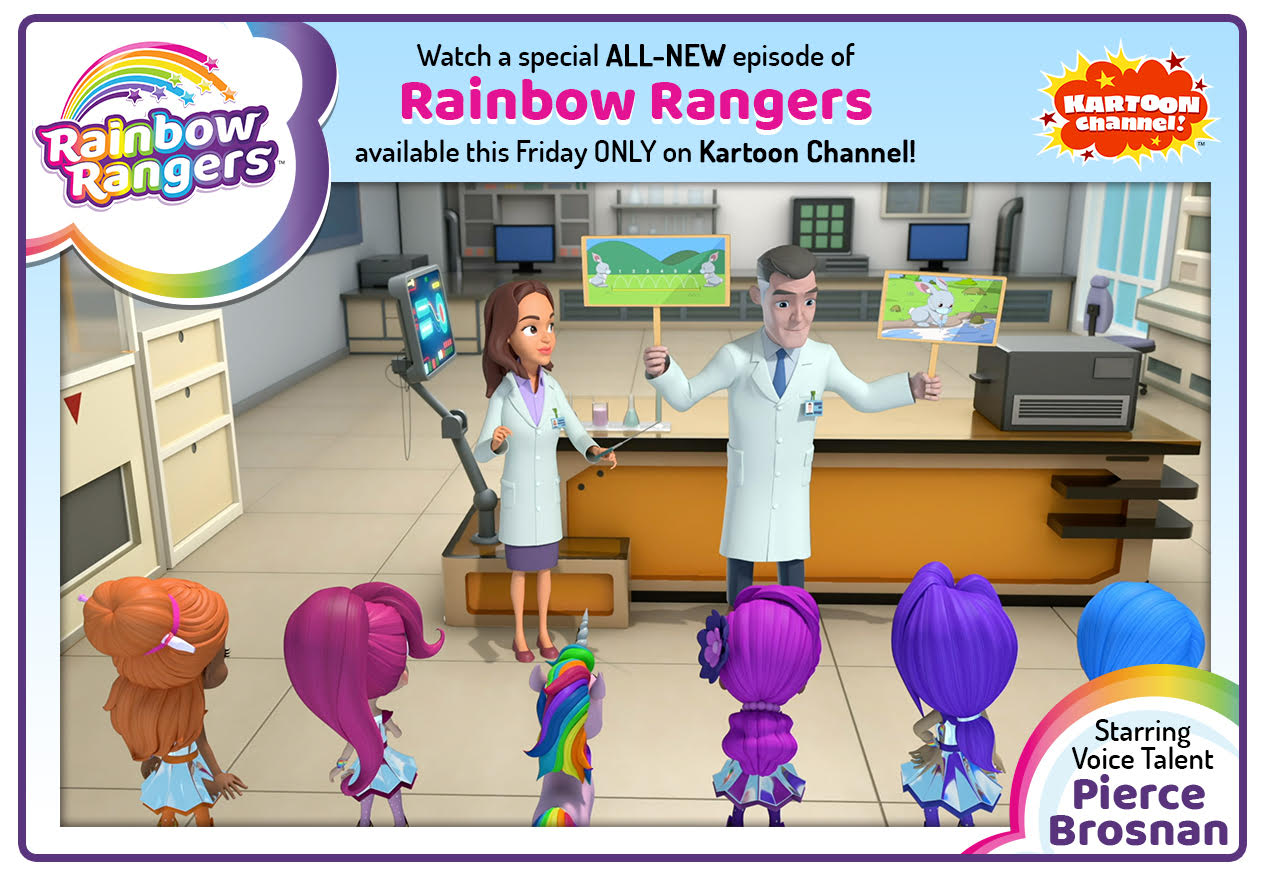